Dropbox is a cloud storage service that lets you easily backup vital documents, files. Whether you're a Mac die-hard or an iPad newbie we give you the scoop on what's new, what's best and how to make the most out of the products you love.

Things is a task management app for macOS, iPadOS, iOS, and watchOS made by Cultured Code, a software startup based in Stuttgart, Germany. It first released for Mac as an alpha that went out in late 2007 to 12,000 people[1] and quickly gained popularity. The following July, when the App Store launched, it was among the first 552 apps available for iPhone.[2] It was then released alongside the iPad in 2010,[3] and became one of the first apps available for Apple Watch in 2015.[4]

Things has won multiple awards over the years. It first won the MacLife Editors' Choice Award in 2008, and then in 2009 it went on to win the Apple Design Award,[7] the Macworld Editors' Choice Award,[8] and the Macworld Best of Show Award.[9] In 2012, after the release of Things 2, Apple selected it as Editors' Choice, named it among the App Store Best of 2012, and inducted it into the App Store Hall of Fame. Things won the Apple Design Award again with the release of Things 3 in 2017.[10] In 2018, thanks to its innovative implementation of external keyboard support, Things for iPad won the MacStories Selects Award for Best App Update of the year.[11]

Things allows to-dos to be subdivided into several sections, which roughly correspond to parts of the Getting Things Done methodology:

Things Cloud is a sync service that stores the user's to-dos and automatically keeps them updated across all their Apple devices. It was developed to replace the app's original sync technology, which only worked over a local network. The company began alpha testing the new service in 2011 and, after an extended beta period, launched it publicly on August 9, 2012 with the release of Things 2.[12] A user can create a free Things Cloud account from within the apps' settings.

In 2015, the company announced 'Nimbus'[13] – an update to Things Cloud's architecture which introduced push sync through the cloud. The main benefit of the new push technology is that it delivers sync to iOS & iPadOS devices when the app isn't actively running, by utilizing APNs. 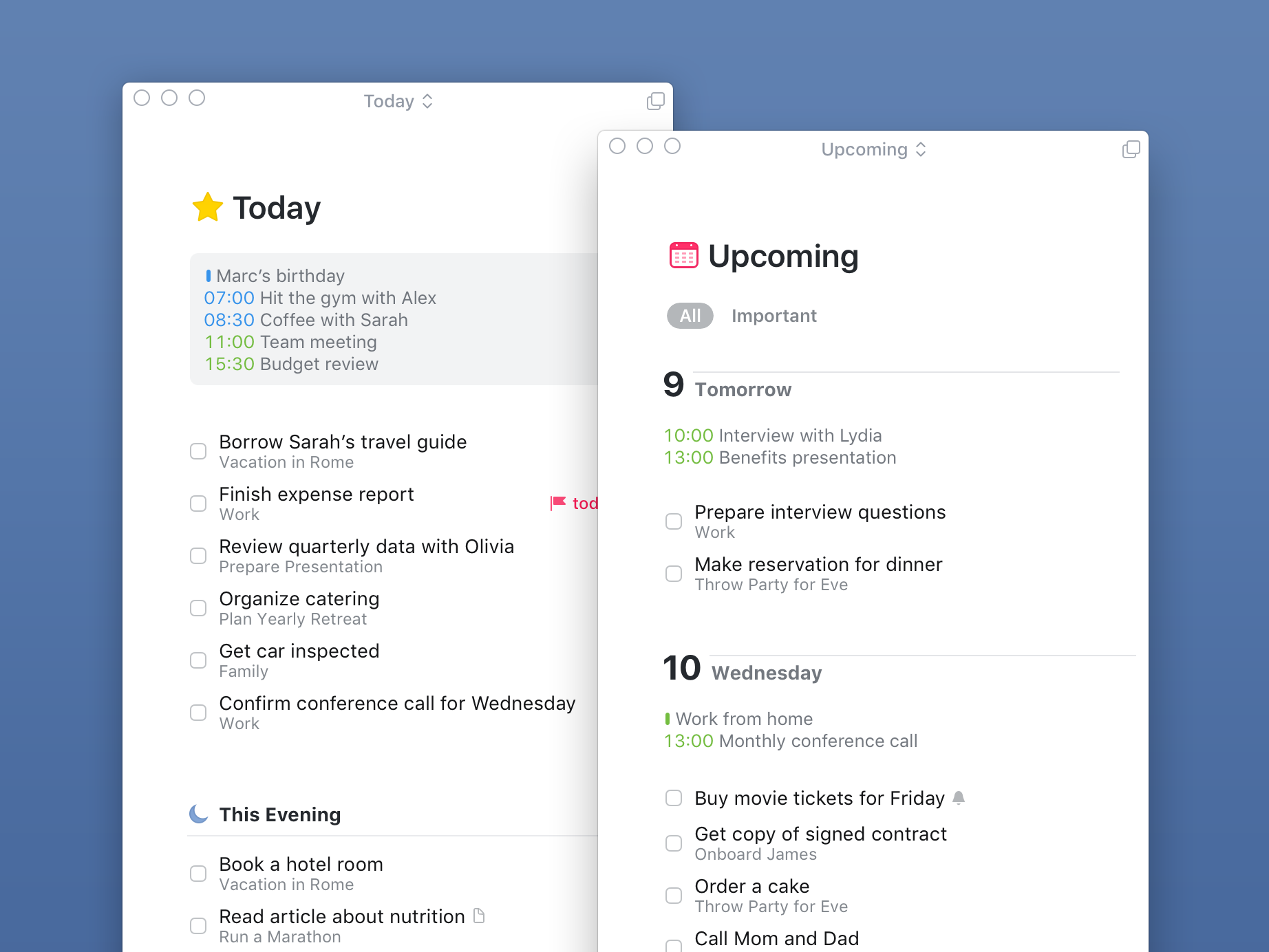