Purble Place is a game that is aimed at teenagers and pre-teens. However, I feel that there is actually enough fun here that anyone can have a go and enjoy themselves with Purble Place.

Am I really talking about Windows Vista right now? Well, that is the origins of Purble Place. It originally started life as a free game that was part of the Windows Vista OS. It built up a bit of a cult following (kind of like Minesweeper and that weird skiing game did) and now it can be played on Windows 10.

The shtick of Purble Place (often misspelled as Purple Place) is that it is actually three games in one. These are puzzle based games and I would say that there is a high chance that there is at least one game out of the three that you will like. Presentation wise, Purble Place is not going to blow you away (and this was the case when it was first released too) but it is pleasant enough. Gameplay is available at different difficulty levels. While this is a “kids” game, the harder difficulties are rather challenging. 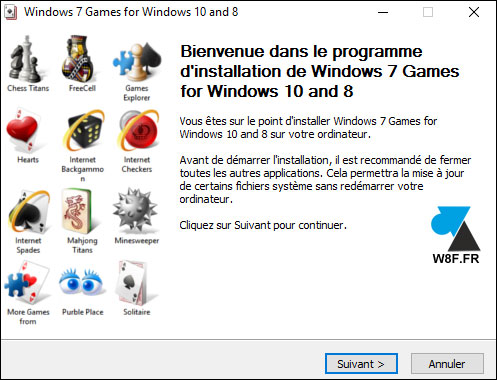 The first game I want to talk about is Purble Pairs. As the name suggests this is the classic game pairs. It starts off simple with just a few pairs, but as you progress more pairs for you to find get added. What I like about Purble Pairs is that first of all pairs is a game that I have always found very relaxing. This version though also has special cards that do special things. Joker cards, for example, will find another pair for you. A clock card gives you more time, Master Chef who will find all the pairs that are food! These are fun and when you get the chance to use one it is actually quite exciting. This reminds me of a more basic version of the game Overcooked. The idea of Comfy Cakes is that you are a chef and you will be needing some Spider-Man levels of hand-eye coordination when you get to the later levels. Orders come in for some delicious cakes and you need to get all of the ingredients off the conveyor belt. You need to get the right shape of cake, the color of batter and so on.You can only mess up three orders before it is game over. The higher the level, the faster and more complicated things get. This is one of those games where you have to try and think two or three moves ahead. It is fun and one of the more nerve-wracking games in Purble Place.

I would say that Purble Shop is my least favorite of the three games. The idea here is that you need to help a little dude look sharp. The AI is going to decide the colors of up to five different aspects of the person. These are their eyes, nose, mouth, clothes, and hat. It is not all five on the earlier levels. The AI will give you the colors and then you need to figure out what body part is what color.

The early levels are super simple as if you guessed a couple right but got some wrong, the AI tells you what ones you got right. On the higher levels, this is not the case. It will tell you what color you got right, but not for what body part. This is pretty tough and gives you a real mental workout.

I think that Purble Place is a pretty neat game and back in the day it was something fun that as included with windows. I can see why it has a bit of a cult following with people who had Windows Vista a few years back and I do actually think there is a fair bit of charm here. If you ask me Purble Pairs and Comfy Cakes are two games that are actually really fun, Purble Shop, on the other hand, was not something I really enjoyed.

Purble Place is a Shareware software in the category Miscellaneous developed by www.smallgames.ws.

The latest version of Purble Place is currently unknown. It was initially added to our database on 12/28/2016.

Purble Place has not been rated by our users yet.

Write a review for Purble Place!