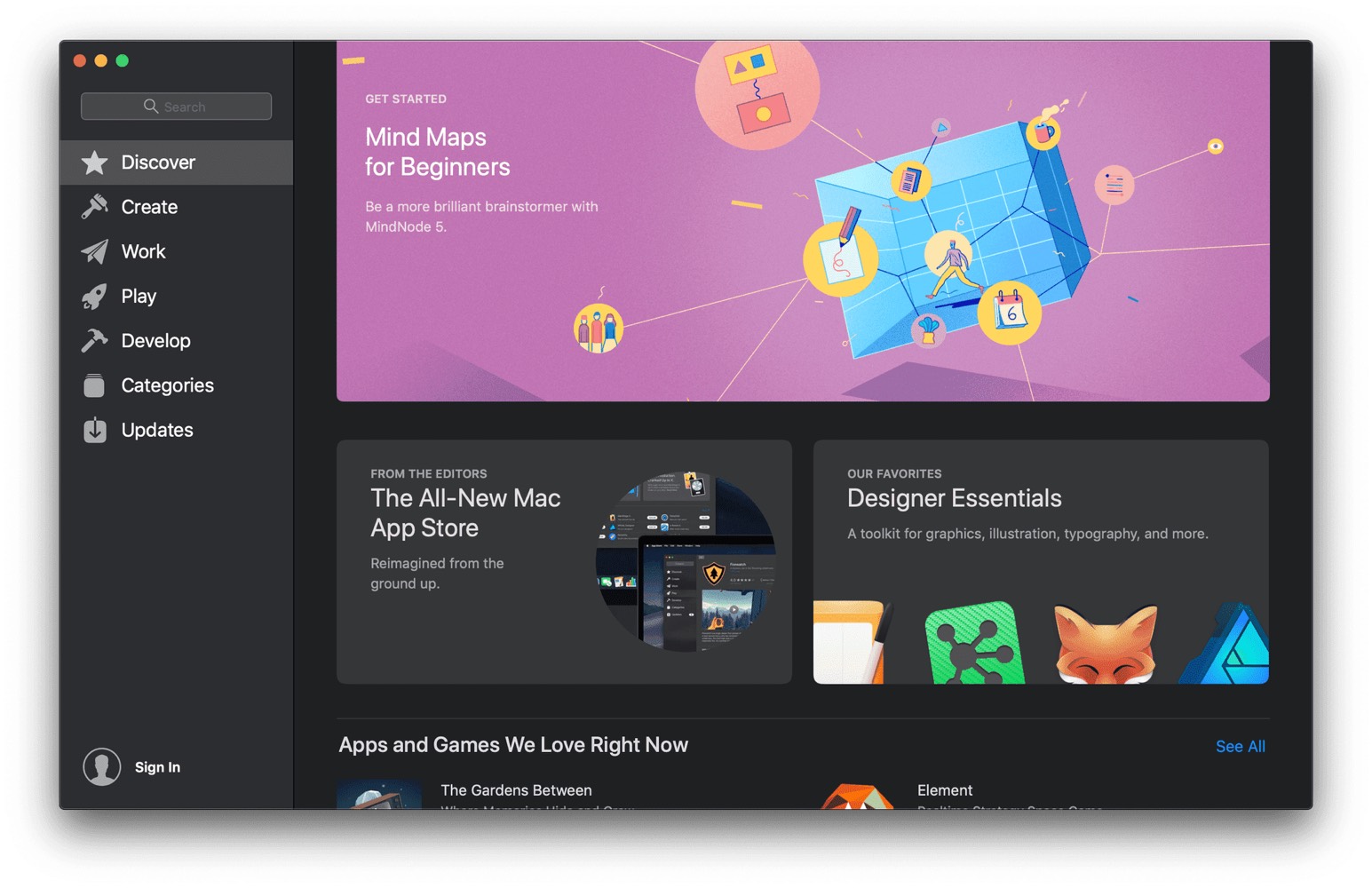 In June of 2004, during the WWDC keynote address, Steve Jobs revealed Mac OS X 10.4 Tiger to developers and the public for the first time. When the finished product arrived in April of 2005, Tiger was the biggest, most important, most feature-packed release in the history of Mac OS X by a wide margin. Apple's marketing campaign reflected this, touting 'over 150 new features.'

All those new features took time. Since its introduction in 2001, there had been at least one major release of Mac OS X each year. Tiger took over a year and a half to arrive. At the time, it definitely seemed worth the wait. Tiger was a hit with users and developers. Apple took the lesson to heart and quickly set expectations for the next major release of Mac OS X, Leopard. Through various channels, Apple communicated its intention to move from a 12-month to an 18-month release cycle for Mac OS X. Leopard was officially scheduled for 'spring 2007.'

Apple even went so far as to list all 300 new features on its website. As it turns out, 'spring' was a bit optimistic. Leopard actually shipped at the end of October 2007, nearly two and a half years after Tiger. Did Leopard really have twice as many new features as Tiger? That's debatable. What's certain is that Leopard included a solid crop of new features and technologies, many of which we now take for granted. (For example, have you had a discussion with a potential Mac user since the release of Leopard without mentioning Time Machine? I certainly haven't.)

Mac OS X appeared to be maturing. The progression was clear: longer release cycles, more features. What would Mac OS X 10.6 be like? Would it arrive three and a half years after Leopard? Would it and include 500 new features? A thousand?

At WWDC 2009, Bertrand Serlet announced a move that he described as 'unprecedented' in the PC industry.

With Snow Leopard, Apple has streamlined and simplified the process of installing Mac OS X. While older versions of OS X made you decide what kind of installation you wanted to perform before you.

That's right, the next major release of Mac OS X would have no new features. The product name reflected this: 'Snow Leopard.' Mac OS X 10.6 would merely be a variant of Leopard. Better, faster, more refined, more... uh... snowy.

This was a risky strategy for Apple. After the rapid-fire updates of 10.1, 10.2, and 10.3 followed by the riot of new features and APIs in 10.4 and 10.5, could Apple really get away with calling a 'time out?' I imagine Bertrand was really sweating this announcement up on the stage at WWDC in front of a live audience of Mac developers. Their reaction? Spontaneous applause. There were even a few hoots and whistles.

It probably helps to know that the '0 New Features' slide came at the end of an hour-long presentation detailing the major new APIs and technologies in Snow Leopard. It was also quickly followed by a back-pedaling ('well, there is one new feature...') slide describing the addition of Microsoft Exchange support. In isolation, 'no new features' may seem to imply stagnation. In context, however, it served as a developer-friendly affirmation.

The overall message from Apple to developers was something like this: 'We're adding a ton of new things to Mac OS X that will help you write better applications and make your existing code run faster, and we're going to make sure that all this new stuff is rock-solid and as bug-free as possible. We're not going to overextend ourselves adding a raft of new customer-facing, marketing-friendly features. Instead, we're going to concentrate 100% on the things that affect you, the developers.'

But if Snow Leopard is a love letter to developers, is it a Dear John letter to users? You know, those people that the marketing department might so crudely refer to as 'customers.' What's in it for them? Believe it or not, the sales pitch to users is actually quite similar. As exhausting as it has been for developers to keep up with Apple's seemingly never-ending stream of new APIs, it can be just as taxing for customers to stay on top of Mac OS X's features. Exposé, a new Finder, Spotlight, a new Dock, Time Machine, a new Finder again, a new iLife and iWorkalmost every year, and on and on. And as much as developers hate bugs in Apple's APIs, users who experience those bugs as application crashes have just as much reason to be annoyed.

Enter Snow Leopard: the release where we all get a break from the new-features/new-bugs treadmill of Mac OS X development. That's the pitch.

But wait a second, didn't I just mention an 'hour-long presentation' about Snow Leopard featuring 'major new APIs and technologies?' When speaking to developers, Apple's message of 'no new features' is another way of saying 'no new bugs.' Snow Leopard is supposed to fix old bugs without introducing new ones. But nothing says 'new bugs, coming right up' quite like major new APIs. So which is it? 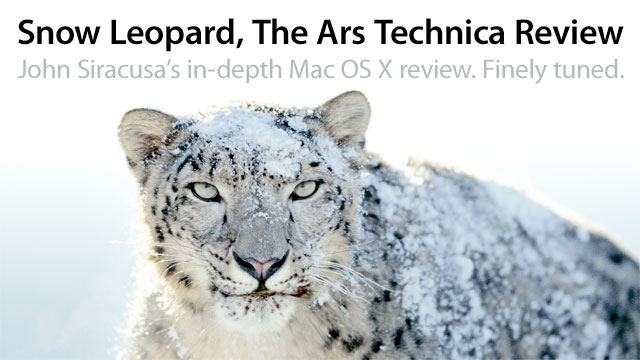 Similarly, for users, 'no new features' connotes stability and reliability. But if Snow Leopard includes enough changes to the core OS to fill an hour-long overview session at WWDC more than a year before its release, can Apple really make good on this promise? Or will users end up with all the disadvantages of a feature-packed release like Tiger or Leopard—the inevitable 10.x.0 bugs, the unfamiliar, untried new functionality—but without any of the actual new features?

Yes, it's enough to make one quite cynical about Apple's real motivations. To throw some more fuel on the fire, have a look at the Mac OS X release timeline below. Next to each release, I've included a list of its most significant features.

That curve is taking on a decidedly droopy shape, as if it's being weighed down by the ever-increasing number of new features. (The releases are distributed uniformly on the Y axis.) Maybe you think it's reasonable for the time between releases to stretch out as each one brings a heavier load of goodies than the last, but keep in mind the logical consequence of such a curve over the long haul.

And yeah, there's a little upwards kick at the end for 10.6, but remember, this is supposed to be the 'no new features' release. Version 10.1 had a similar no-frills focus but took a heck of a lot less time to arrive.

Looking at this graph, it's hard not to wonder if there's something siphoning resources from the Mac OS X development effort. Maybe, say, some project that's in the first two or three major releases of its life, still in that steep, early section of its own timeline graph. Yes, I'm talking about the iPhone, specifically iPhone OS. The iPhone business has exploded onto Apple's balance sheets like no other product before, even the iPod. It's also accruing developers at an alarming rate.

It's not a stretch to imagine that many of the artists and developers who piled on the user-visible features in Mac OS X 10.4 and 10.5 have been reassigned to iPhone OS (temporarily or otherwise). After all, Mac OS X and iPhone OS share the same core operating system, the same language for GUI development, and many of the same APIs. Some workforce migration seems inevitable.

And let's not forget the 'Mac OS X' technologies that we later learned were developed for the iPhone and just happened to be announced for the Mac first (because the iPhone was still a secret), like Core Animation and code signing. Such conspiracy theories certainly aren't helped by WWDC keynote snubs and other indignities suffered by Mac OS X and the Mac in general since the iPhone arrived on the scene. And so, on top of everything else, Snow Leopard is tasked with restoring some luster to Mac OS X.

Got all that? A nearly two-year development cycle, but no new features. Major new frameworks for developers, but few new bugs. Significant changes to the core OS, but more reliability. And a franchise rejuvenation with few user-visible changes.

It's enough to turn a leopard white.