Capture your audience’s attention by making great presentations using Lumion 3D. You can create flythrough videos and fantastic images using this tool. Lumion is used by 61 of the top global architectural firms. It has a simple workflow, allowing users to get started within a short period. The render engine is one of the fastest in its caliber.

This is a design, visualization and rendering tool that is used in the design of motor vehicles, building, and a host of other products. The render tool can be used to bring videos, still images and even abstract designs to life. The real-time render engine allows you to view your project as you proceed, allowing for faster realization of ideas.

For an awesome, accurate and fast realization of your 3D creations, KeyShot is the perfect render engine to use. It has a real-time render workflow that allows you to see your animations and images become real as you create them. The time required to complete projects is reduced by the inbuilt environments and materials, which you can assign with a click of your mouse.

This is an unbiased, physically based 3D rendering tool that uses physical calculations of light to give you the best photorealistic renders ever. The tool comes with plugins that can be used by several 3D modeling software, across many platforms. The application of this render engine has produced some of the most breathtaking videos and images ever seen.

3D design, modeling and animation software, used for a wide range of creative projects. Whether you are creating a cartoon or a realistic scene for a commercial, this software gives you the tools to accomplish this with ease. It is also used for the creation of architectural designs and flythroughs.

This is an open source, free tool that is used for fantastic 3D creations. You can create cartoons and photorealistic images and videos using this tool. It comes with two inbuilt render engines, namely Blender internal and Cycles. The tool also works with several external render engines such as Yafray and LuxRender.

Create plains, trees and grass that looks like it was shot with a high-definition camera, using the internal libraries of this versatile 3D rendering software. The render engine works well with other 3D design tools such as Sketchup and Modo. Create fantasy images and breathe life into them with this versatile tool.

Create 3D models and renders by simply drawing. With Sketchup, you only need to draw lines and shapes, and then stretch and pull the surfaces to turn them into 3D designs. You can make anything that your mind can imagine. This is a 3D rendering tool that has been dubbed as one of the easiest to use in the industry.

A 3D rendering tool for Sketchup that uses cloud computing in its workflow. You now have access to unlimited computing power to bring the most resource-intensive creations to life, within a short period. The render engine allows you to buy a full license, or one that you can use as you go, starting from as little as $50.

Oddly, most of the 3D render tools are designed for Windows and Mac. However, due to the high demand for mobile solutions, there has been an increase in the development of 3D tools for other platforms including iOS, Android, Ubuntu amongst others. Here is a list of these 3D tools.

This is a free 3D rendering tool for Windows with advanced sub-division modeling for the creations of lifelike images and videos. It comes with a built-in AutoUV mapping tool for easy assignment of the most complex textures. It exports to the most common 3D formats. NOTE: you cannot animate the models in this tool.

Clara.io is a free 3D rendering software that can be used on an Android system. The tool runs on a web browser and unleashes some powerful tools to help you realize your 3D creations. The material library is vast and allows for photo-realistic texture application. The tool is quite fast and great for the creation of quick visualizations and animations.

This is a free 3D rendering software for Mac OSX, among other operating systems. The various tools allow you to design, create and render 3D models with power and speed. The program supports 3D printing and you can bring your creations out of your computer and into your real world environment. There are thousands of free models that you can use for your projects. The free version of the professional Houdini FX, used on Linux. It is great for hobbyists, Students and Artists to create their designs, before moving on to the commercial version. You get watermarks on your renderings and there is a limited render size. Otherwise comes with a lot of powerful features built-in for your creative projects.

This is an unbiased, physically based 3D rendering engine. It comes with advanced, state-of-the-art algorithms that calculate light flow based on physical equations. These calculations allow for the most photorealistic renders that you have ever seen. It will be hard to believe that the image or video that you are watching was not created using a real-life camera.

What is 3D rendering Software?

These are tools that are used to bring 3D models to life. Whether you are creating cartoons or realistic scenes, you can achieve all these using these versatile tools. They read the texture characteristics, and the lighting to create the images and videos that you want. Some 3D rendering tools are free while others are commercial; some come inbuilt into the modeling software, while others are external. The choice of your 3d rendering tools should be dictated by the project that you have. Some scenes are simple and do not use a lot of system resources, making it ideal to use the inbuilt render engines. Other complex scenes may require the use of external, cloud-based, 3D rendering engines.

How to install 3D rendering software

Some of the 3D render engines come pre-built into the modeling and animation software. By simply clicking the installer, you not only install the modeling tool but the render engine too. However, in the case of external render engines, you may have to install plugins, which will allow them to work within your modeling tool. If you want to export to a format that can be used by the render engine, then you can do so, directly from the modeling tool, or look for export plugins. In some cases, you may have to go through a complex installation process where you change file paths in your system tools, but these cases are few.
Basically, 3D rendering tools are ideal for people who want to impress their audience through imagery. Just like the musician uses instruments to enthrall their listeners, 3D modeling artists depend on the render tools to bring their creations to life. What good would a 3D modeling and animation tool be, if it could not render the designs into captivating images and videos? The tools have several features and you should go through each carefully before deciding on which render engine to use.

Not all 3D modeling software is available for every operating system. That’s why we compiled a list of the most popular 3D design programs for Mac users. Read on to discover the top 20!

The list of the most used 3D design software for Mac (see below) is based upon our list of the 25 most popular 3D modeling programs. However, we excluded software that is not available or not suitable for the Mac OS. This leaves us with the ultimate 3D modeling list for Macintosh users.

The two most used 3D modeling software programs for Macintosh devices are freeware program Blender (score: 80) and freemium software SketchUp (75). Blender is known for its enormous design freedom and its endless number of tools and functions – however, it’s also known for its steep learning curve. SketchUp, on the other hand, is said to be rather beginner-friendly and great for architectural and geometric objects. However, it’s not suited for creating organic structures.

Next come three programs from the Autodesk family: its professional high-end programs AutoCAD (59) and Maya (59) as well as its beginner-friendly free-to-use online app Tinkercad (51) all score well with Mac users. ZBrush (49), a professional 3D sculpting software, comes in 6th. Its free light version, named Sculptris (19), made it to rank 15.

We calculated the popularity of a 3D modeling software for Mac based on their ‘popularity score’ in the 3D printing community. The popularity score consists of mentions and fans on social media, page authority, forum mentions, video mentions, 3D printing database mentions, and Google results. This score is especially helpful if you’re looking for a modeling software for Mac that is widely used for 3D printing, so you can be assured of an online community to brainstorm with and help you out if you get stuck. 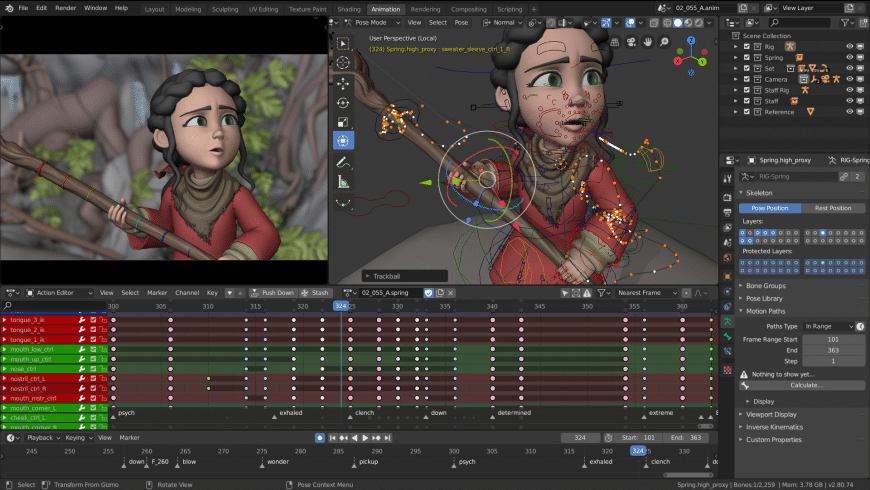 Most 3D design programs are available for Windows and Mac users alike. However, some 3D design software that is not available for Mac OS includes Solidworks (62), 3DS Max (55), and Inventor (55). While these are not many, they still represent quite popular 3D modeling software packages. In our original list which includes all platforms, these programs ranked 3rd, 6th, and 7th among the most popular.

Some good news to end with: there are more and more options for Mac users. For example, Rhino 5 is available for Mac. Since many 3D design apps run online now (browser-based), programs like Tinkercad and 3DTin are also accessible from any device. With Cheetah3D there’s also a 3D design software which is exclusively available for Mac OS.

Are you new to the world of 3D modeling and 3D printing? Make sure to avoid these 5 common mistakes in order to create stunning designs. Do you already know how to create printable 3D files? Then simply upload them to our website, choose from more than 100 materials and finishes, and let us take care of printing your object.